Thysse worked with UW Athletics and their General Contractor to provide visual branding for a renovated basketball reception lobby and office space. 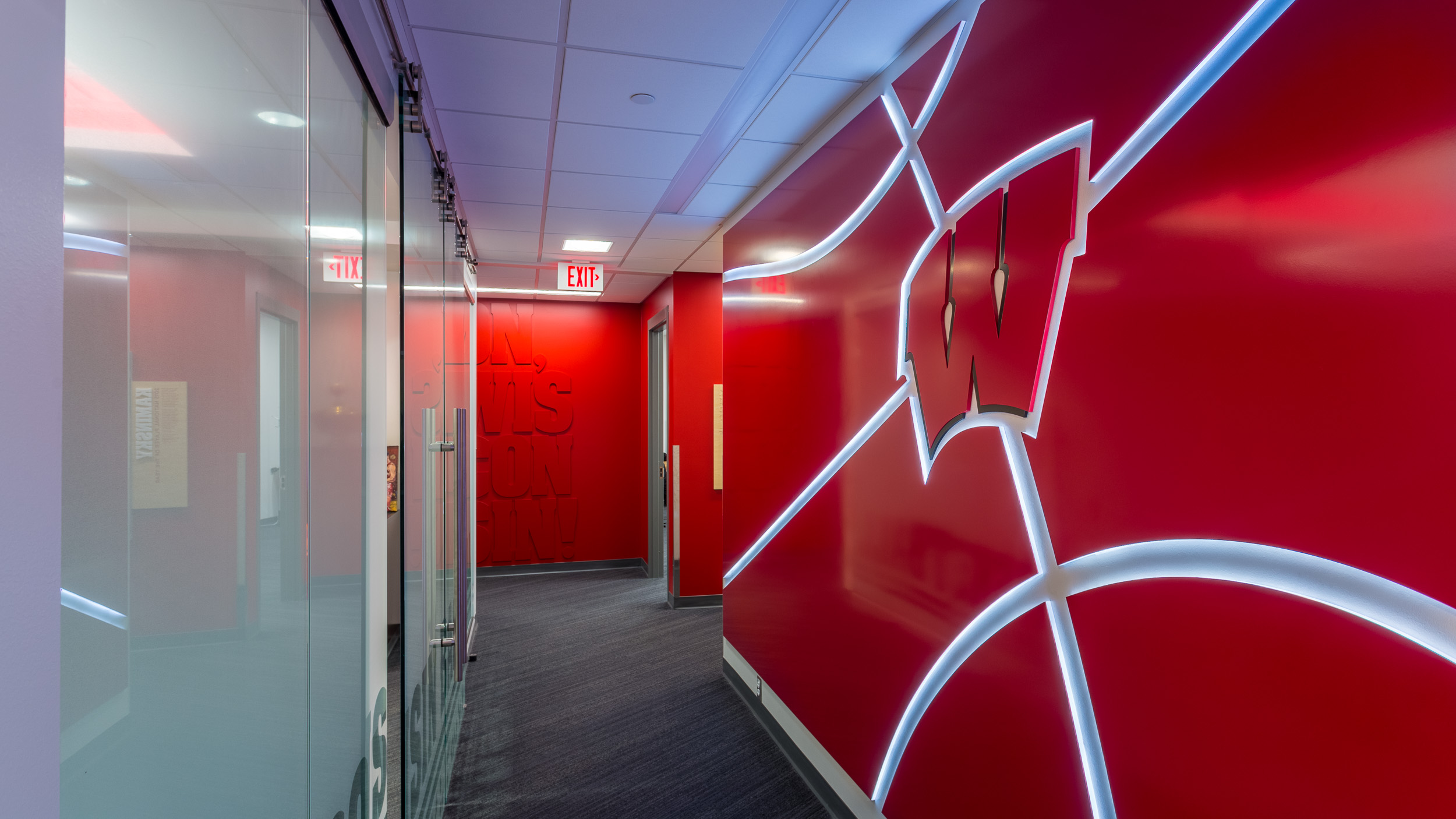 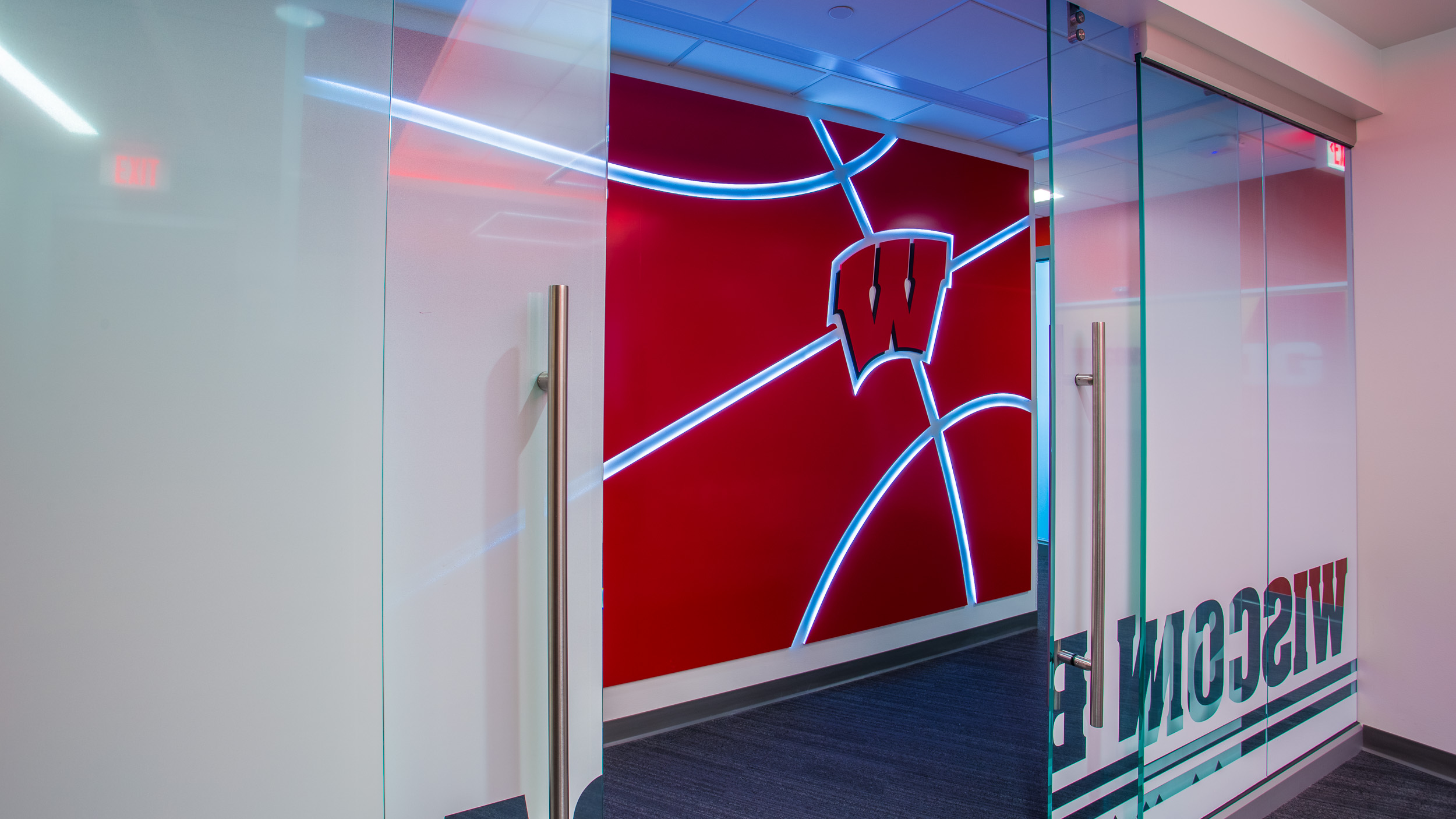 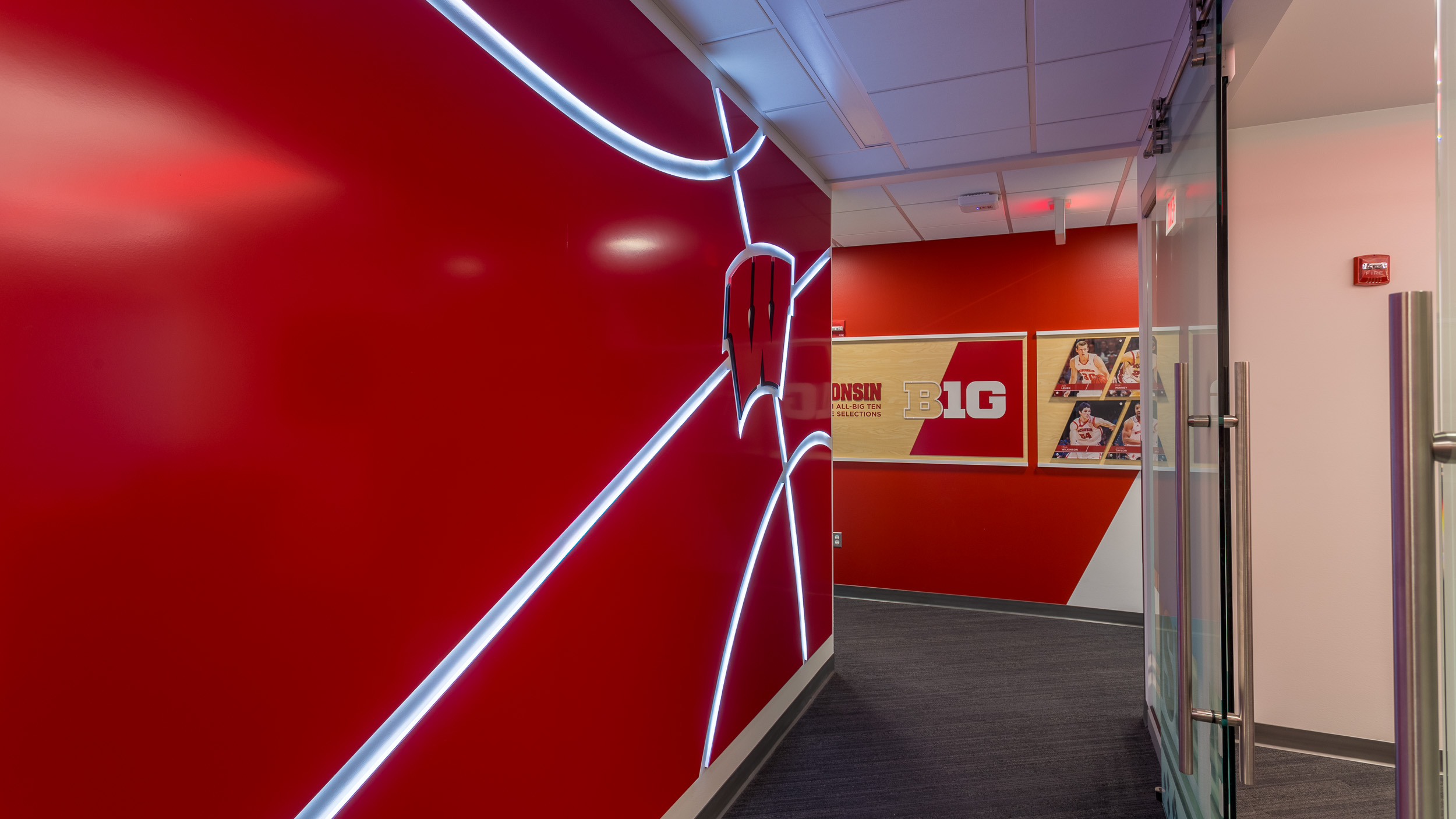 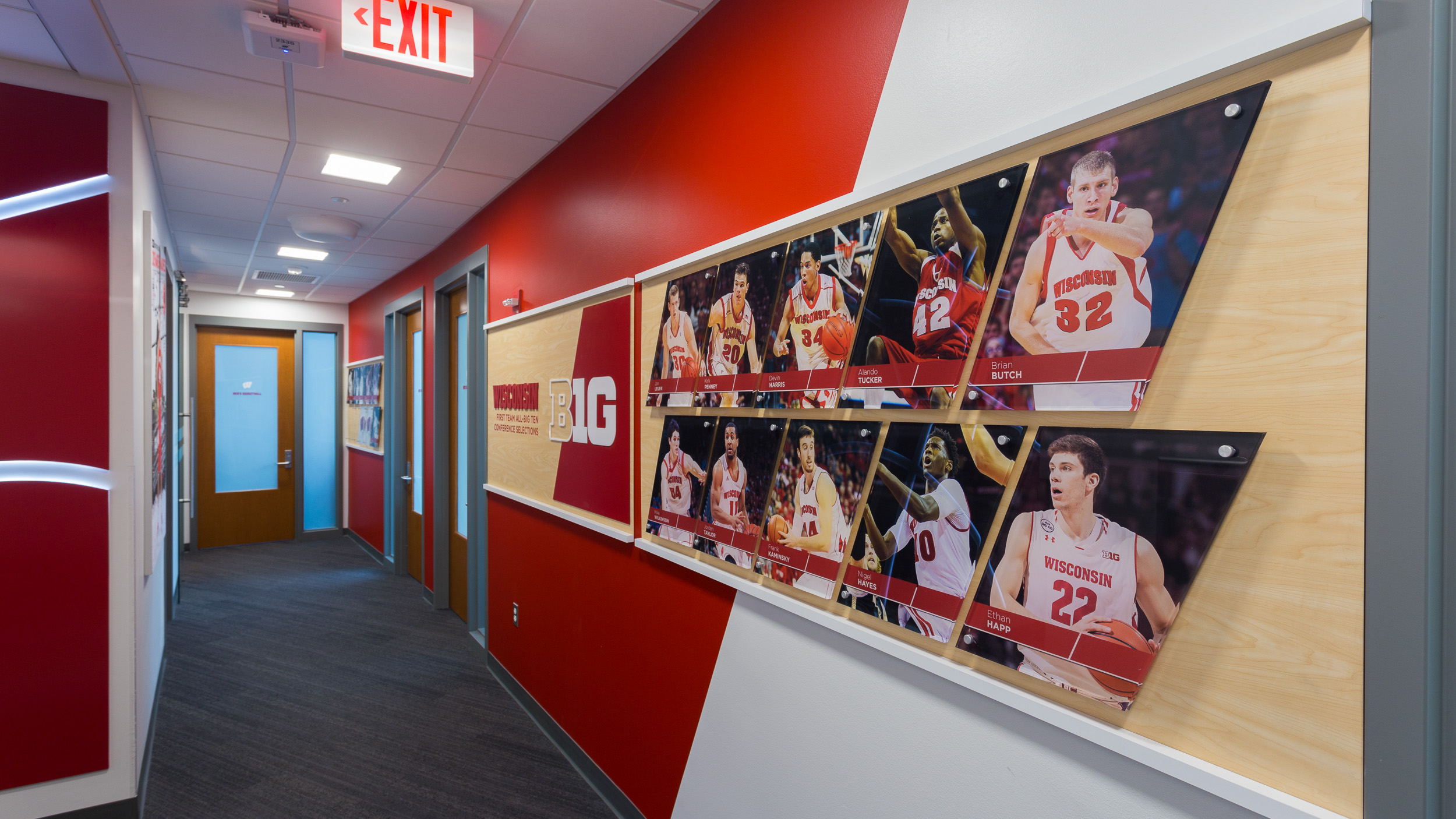 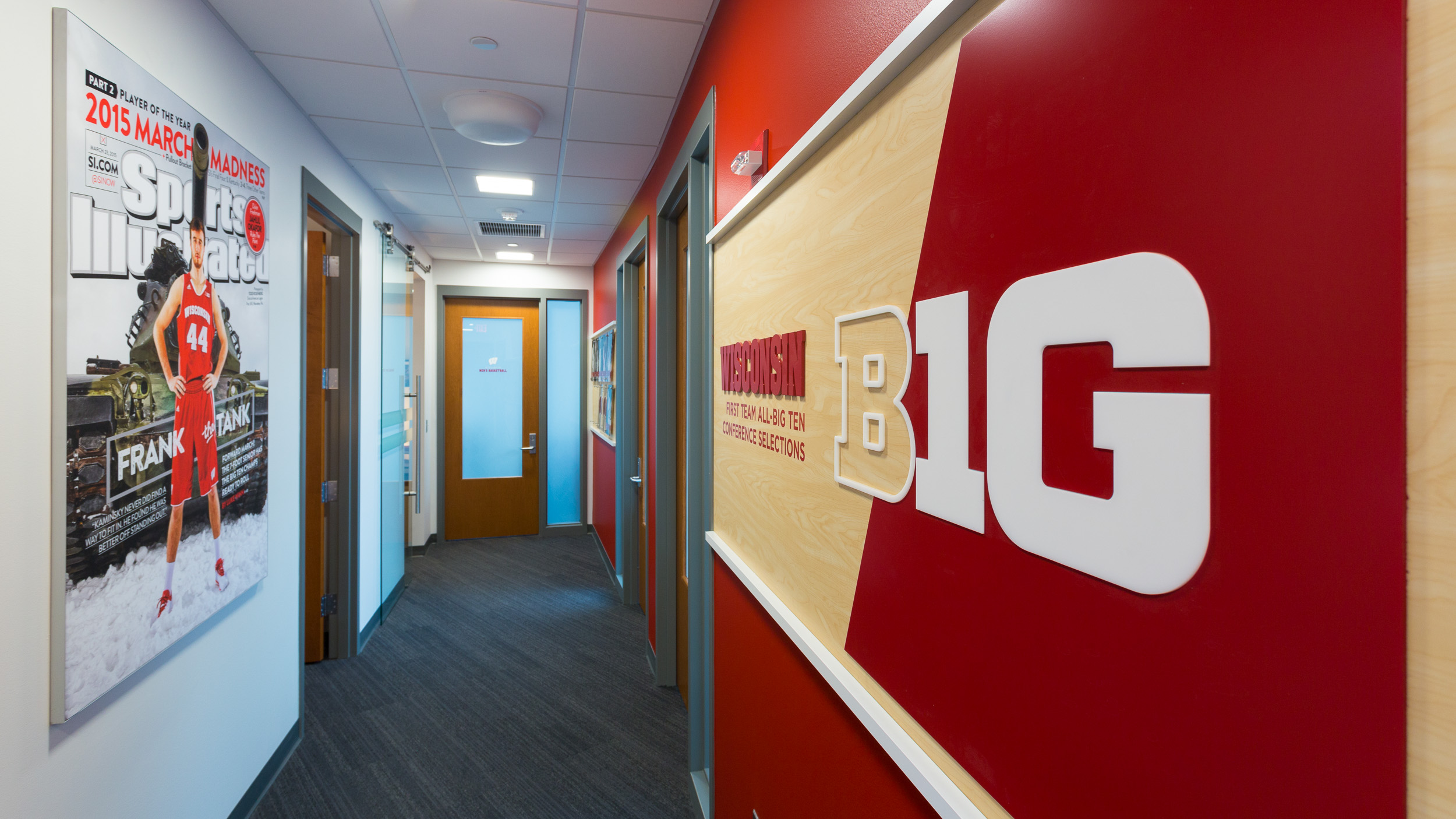 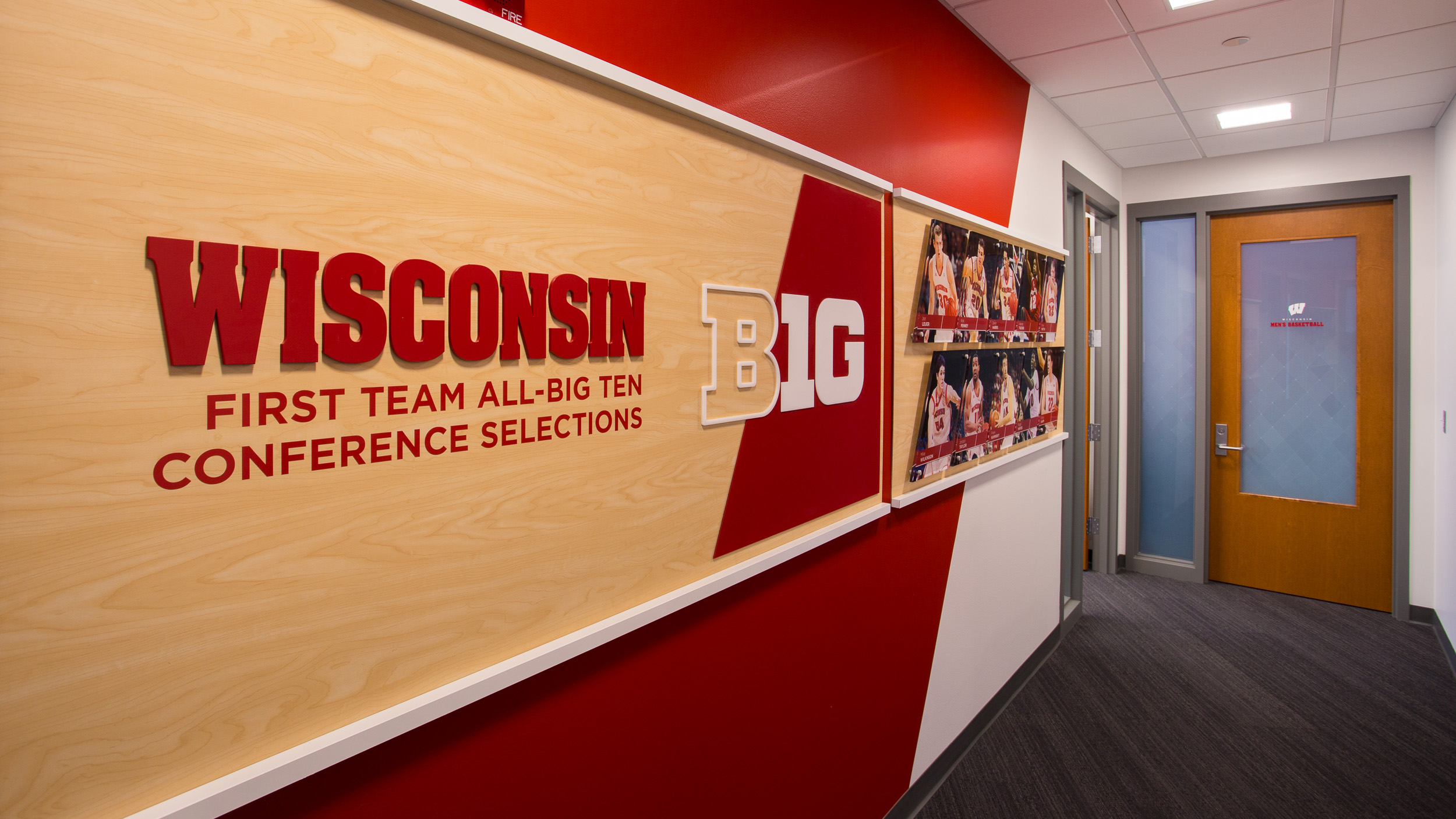 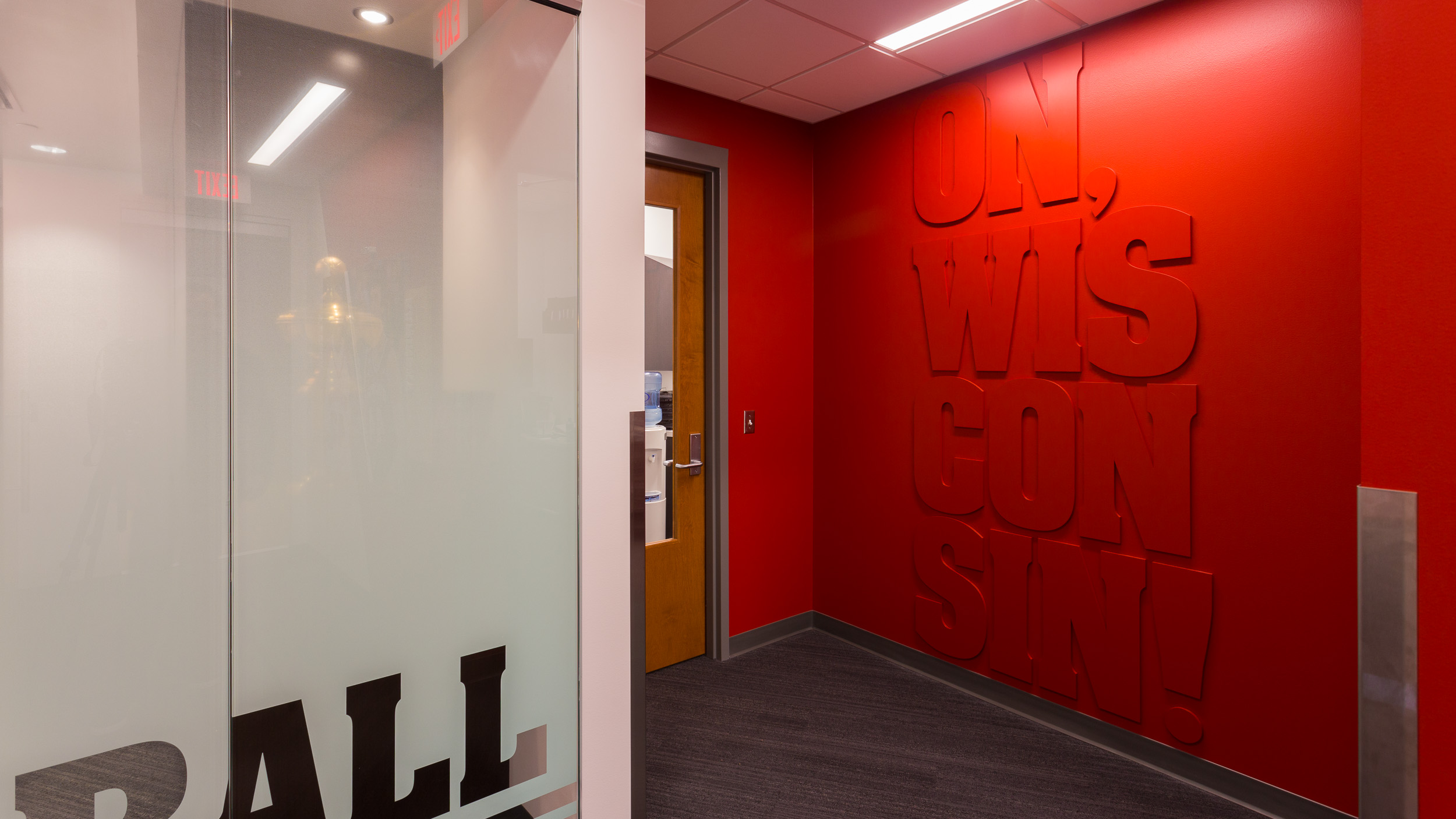 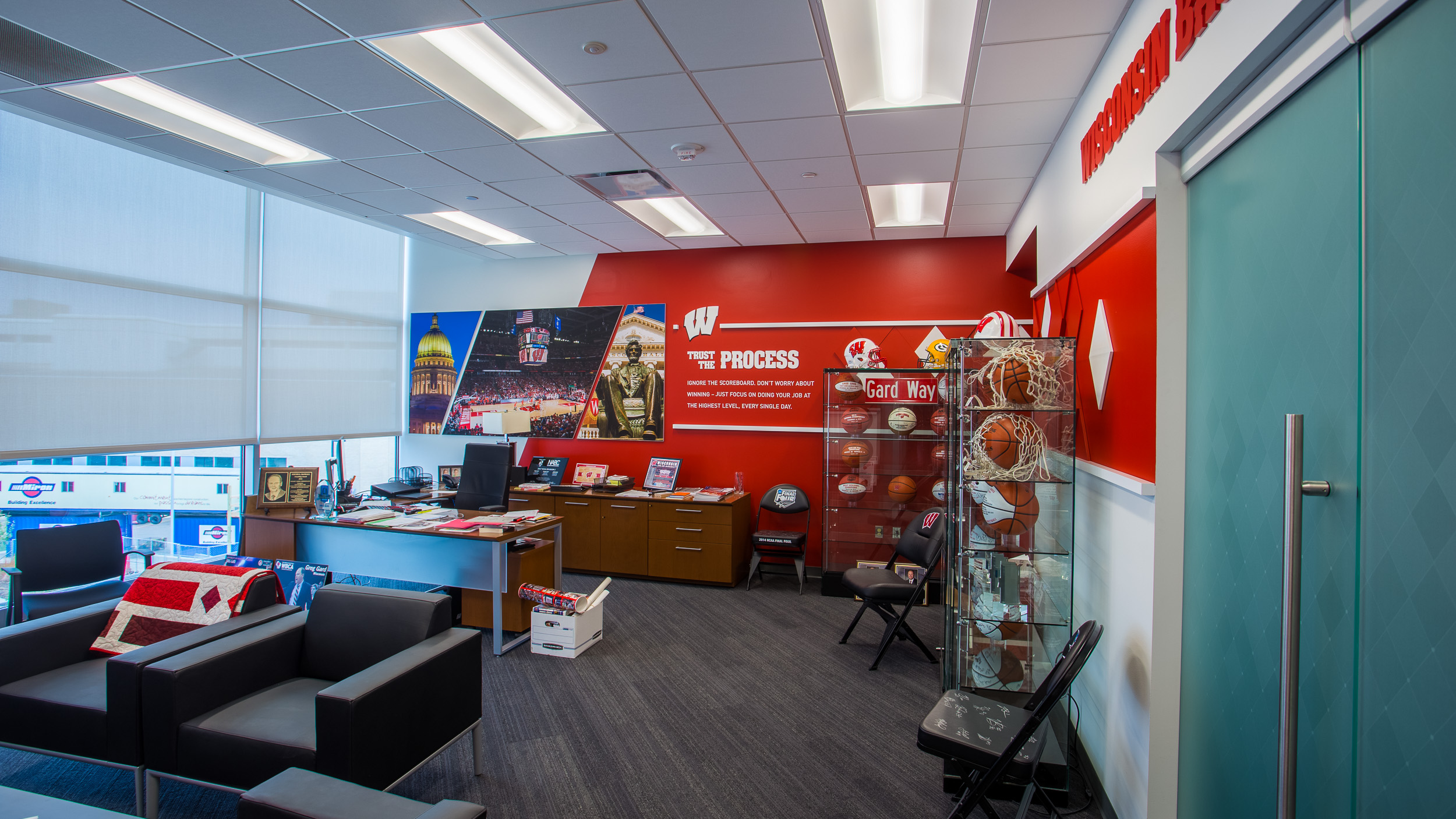 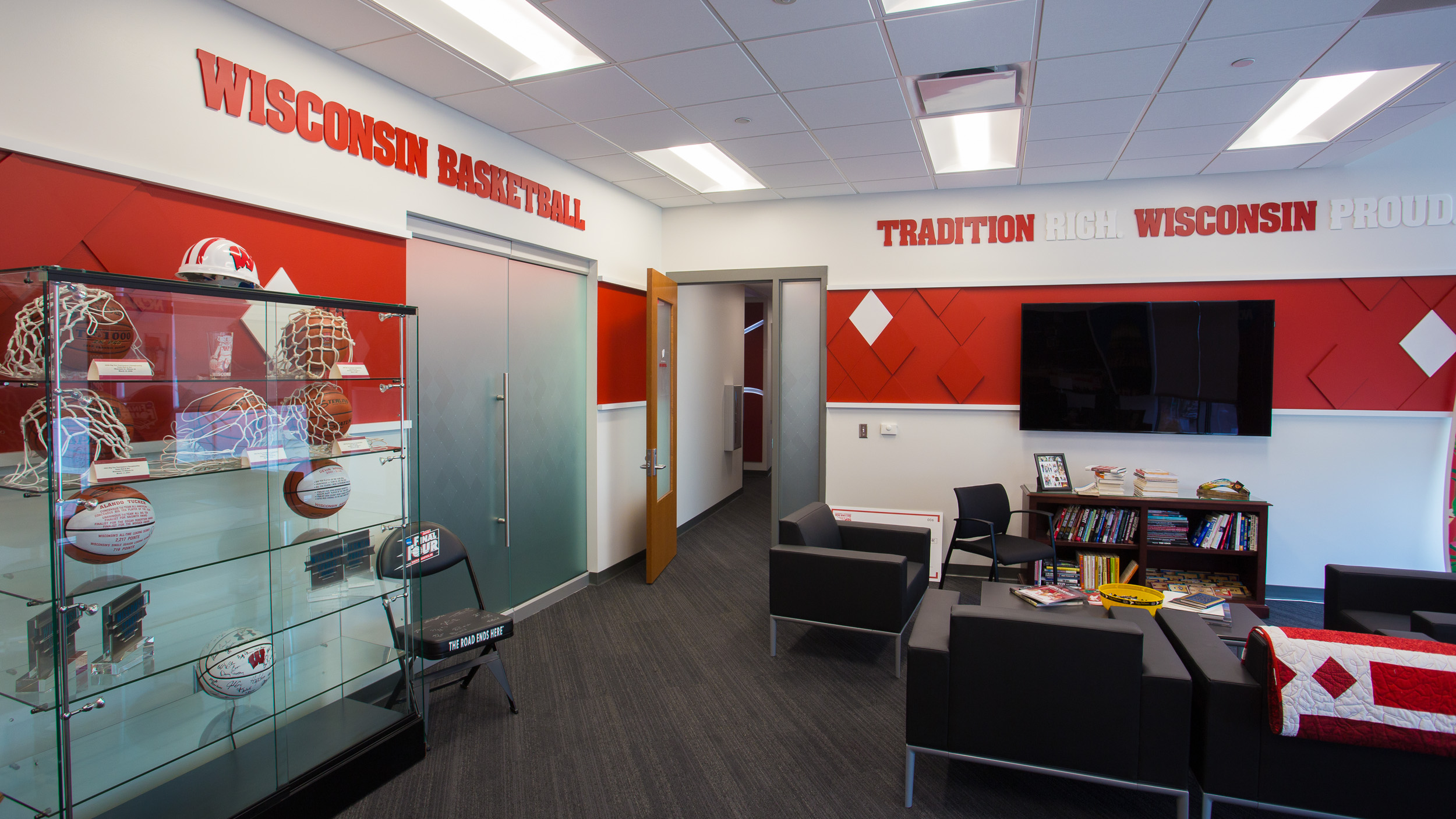 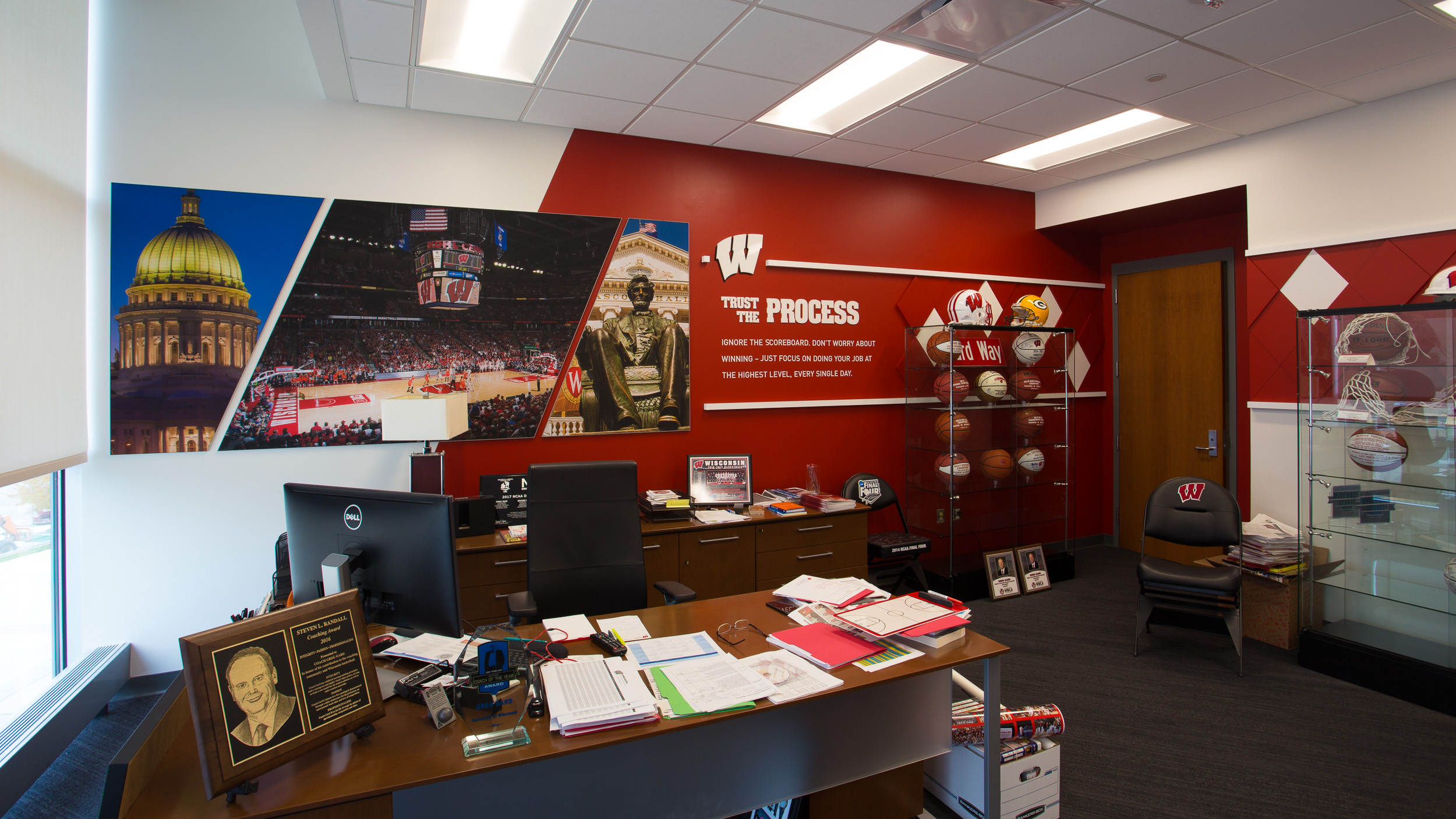 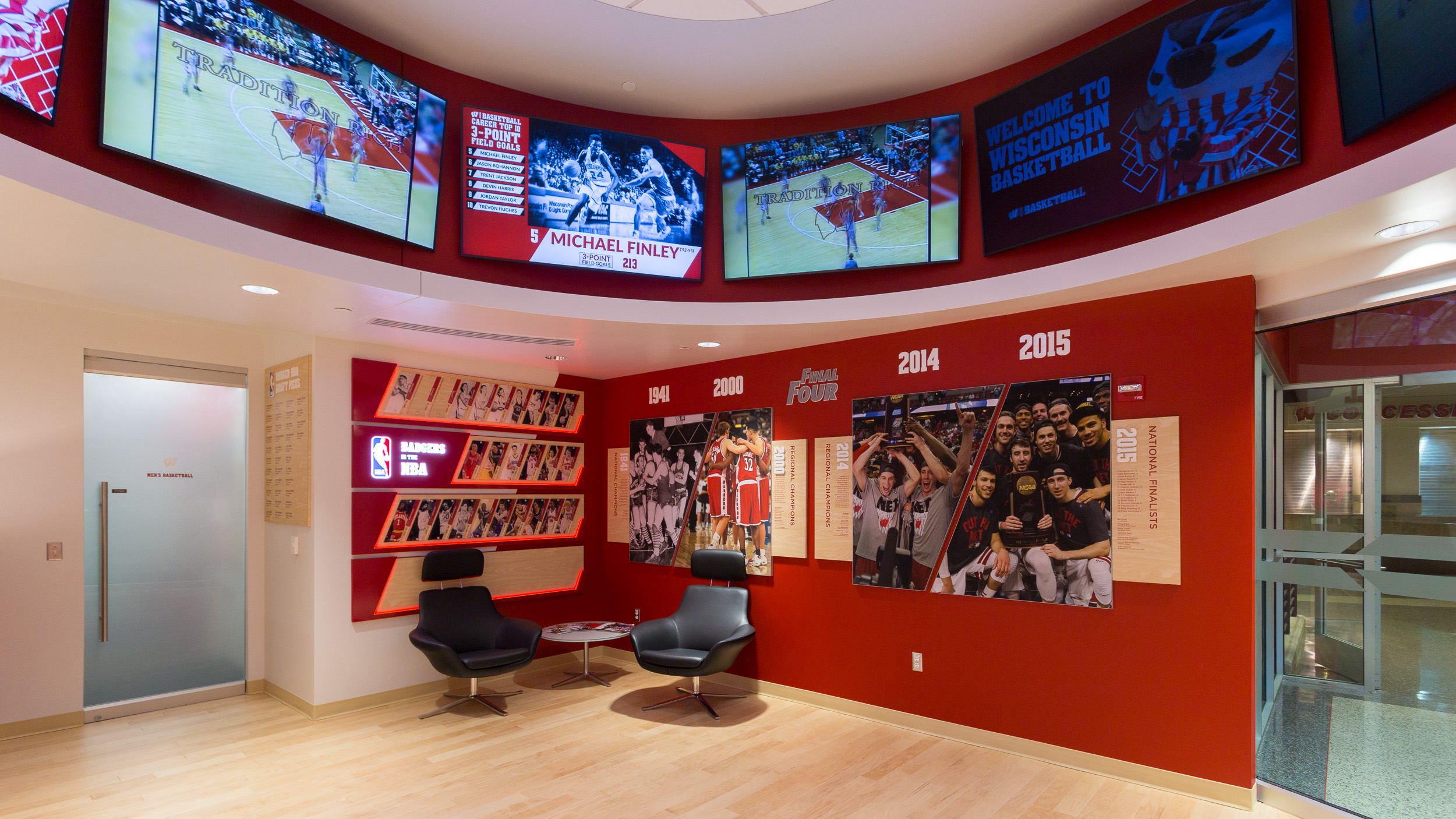 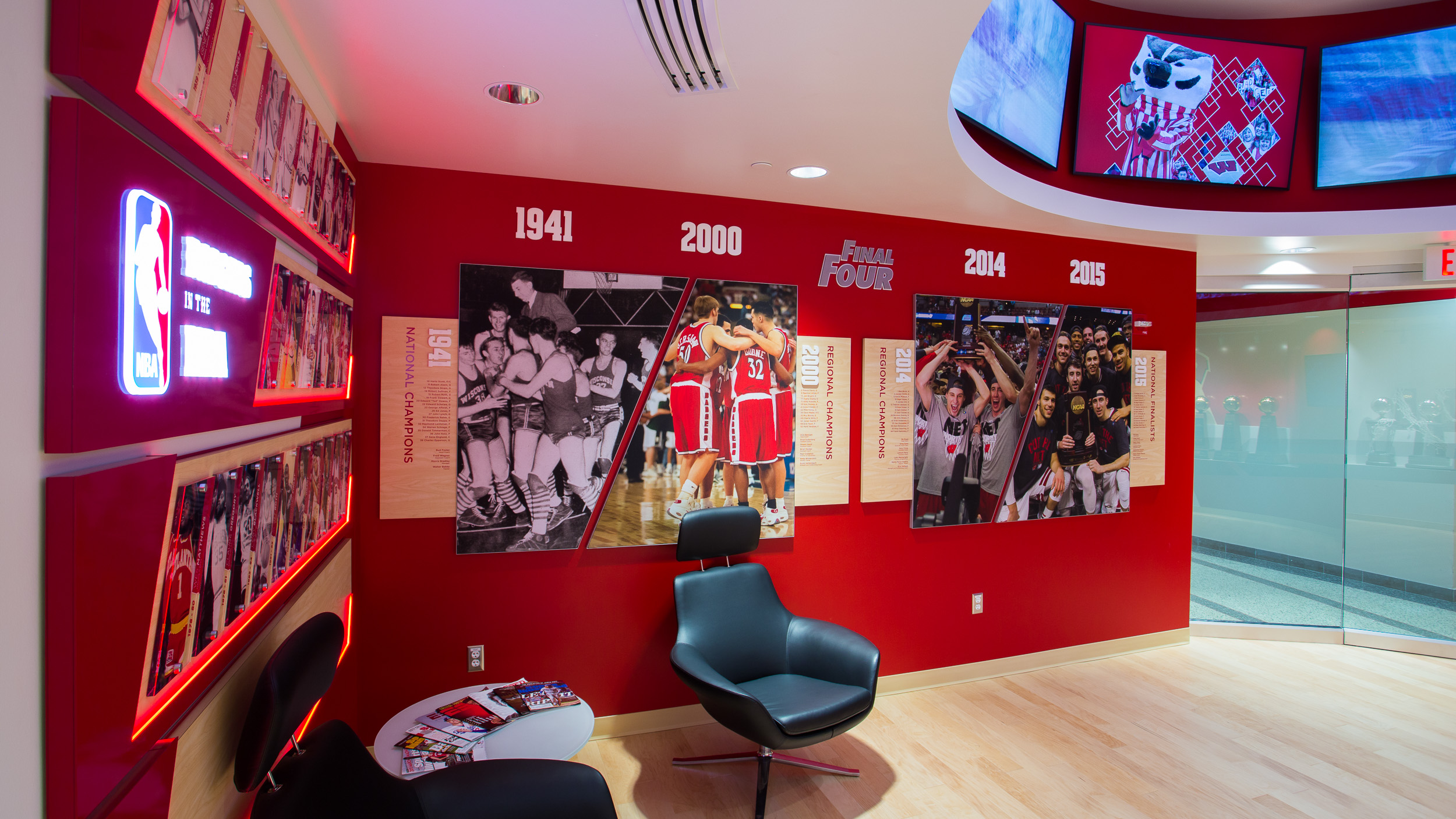 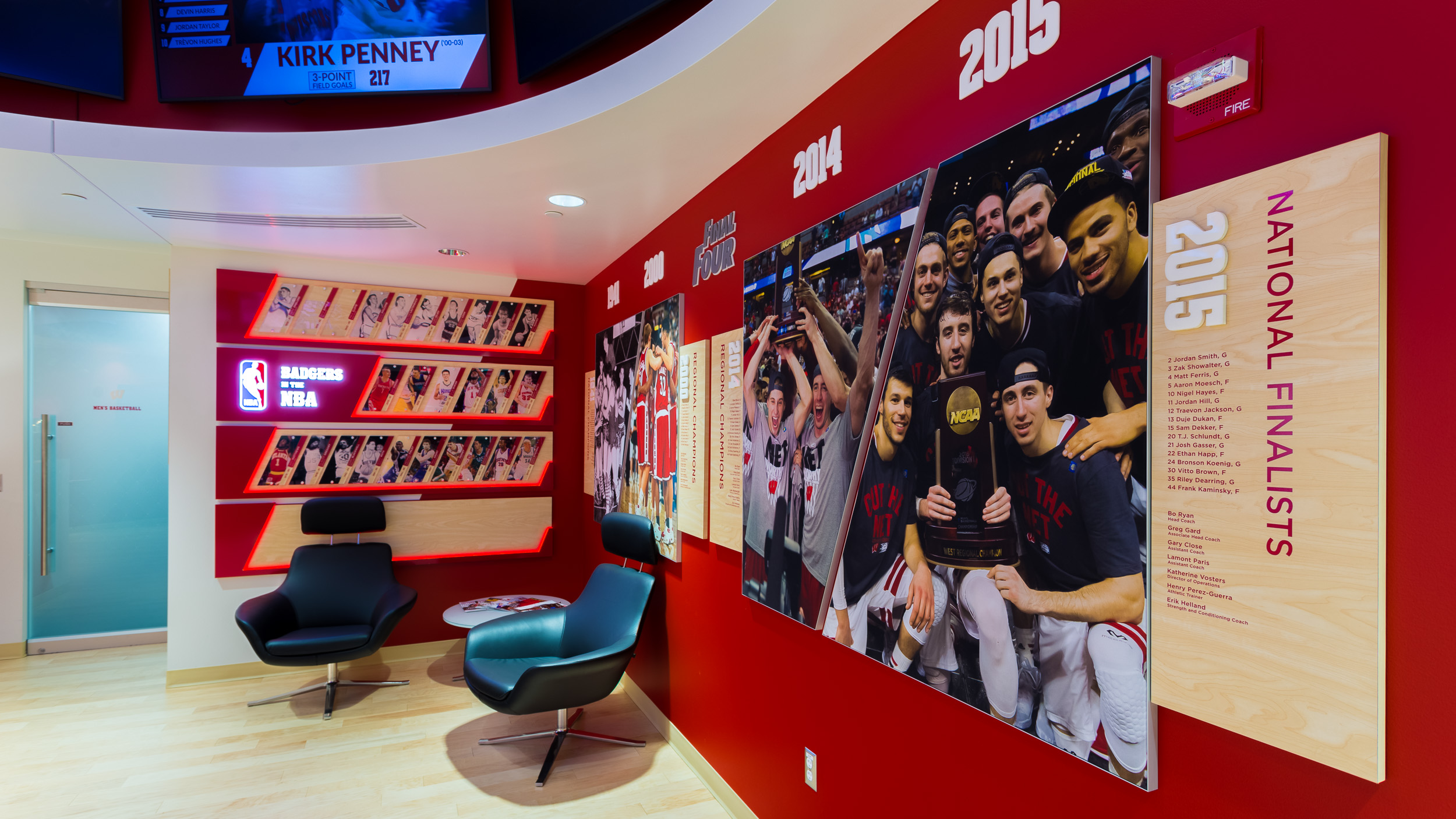 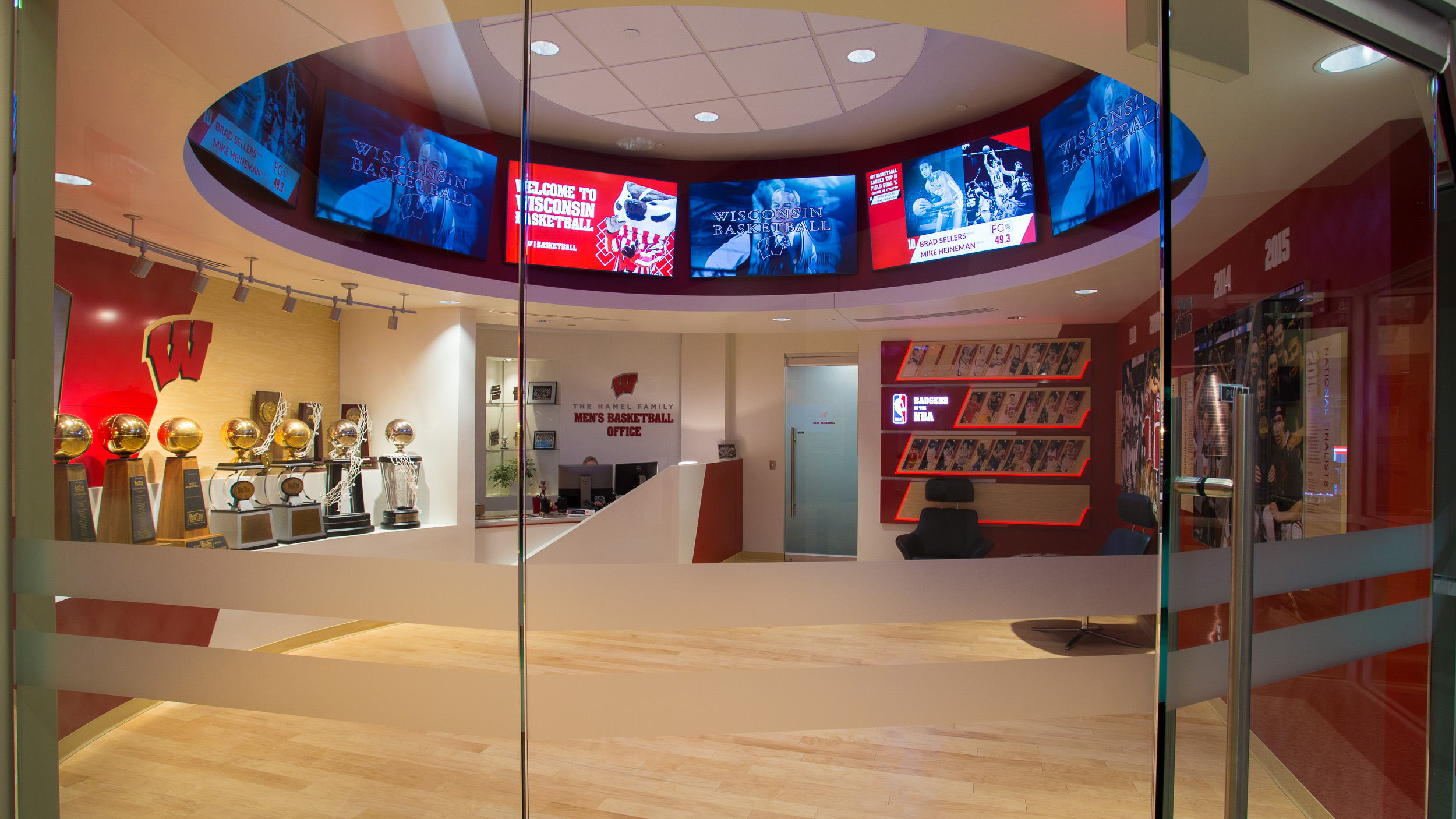 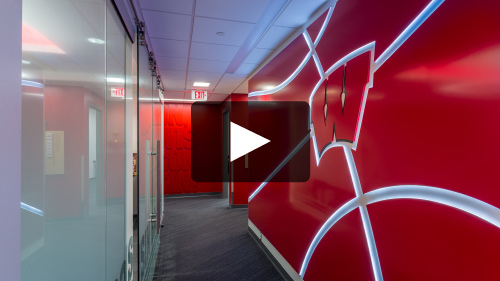 No pressure. We’re not salespeople. We’re just a bunch of passionate designers who love to talk through a project.

The University of Wisconsin Basketball lobby and offices were originally constructed in 1998. Although Thysse had provided some visual updates, the space had remained largely unchanged for almost twenty years. With a head coach change and two recent Final Four appearances, it was appropriate to demo and completely renovate the space.

UW Athletics asked Thysse to provide experiential graphics for the space, to expand the visual brand we had been building for the team for almost four years. Thysse partnered with the General Contractor on the project, J.P. Cullen to design new elements and modify existing elements for the new space. Working closely with the General Contractor allowed Thysse to identify and address electrical and structural needs early on in the project, saving money and time in an already tight project schedule.